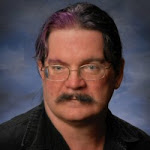 Fisking 27 ways to be a modern man

Usually I leave the fisking to others.  By the time I get around to thinking things through, others have done the job said all I would care to say on the subject.  But this one I couldn't leave alone.

So, text from the original article will be in Bold.  My comments in Italics.

Being a modern man today is no different than it was a century ago. It’s all about adhering to principle. Sure, fashion, technology and architecture change over time, as do standards of etiquette, not to mention ways of carrying oneself in the public sphere. But the modern man will take the bits from the past that strike him as relevant and blend them with the stuff of today.

Okay, this sounds like a reasonable approach, at first.  Learn from the past and apply it to today's situations.  Practically the definition of conservatism.

1. When the modern man buys shoes for his spouse, he doesn’t have to ask her sister for the size. And he knows which brands run big or small.

"When the modern man buys shoes for his spouse"? His spouse isn't capable of buying her own shoes? Does he also tie them for her?  Yes, some brands run big and small.  But so do individual patterns.  And a shoe that looks good on the shelf or in a catalog may not look so good on ones feet.  And there is simply no way to tell how they will feel until she actually tries them on.

How about this:  instead of buying shoes behind her back which may or may not be what she wants, why not take her with you to buy shoes.  Or go along when she wants to buy shoes.  Or, if she's asking you to go because she needs new shoes right now and for whatever reason can't get to the store herself, then he should have her tell him what she wants, including size.

In that case, the modern man will go from store to store until he finds what she asked for because making his wife happy pleases him.

But the elephant in the room here is shoe buying?  Really?  That's what you put on the list of what makes a modern man?


2. The modern man never lets other people know when his confidence has sunk. He acts as if everything is going swimmingly until it is.
Antony Hare

The modern man knows when he needs help and asks for it. The manliest of men once said "A man's got to know his limitation."

3. The modern man is considerate. At the movie theater, he won’t munch down a mouthful of popcorn during a quiet moment. He waits for some ruckus.

The modern man can eat quietly.

4. The modern man doesn’t cut the fatty or charred bits off his fillet. Every bite of steak is a privilege, and it all goes down the hatch.


The modern man knows how to cook a steak. If it's prepared improperly at a restaurant, he. sends. it. back. If they're taking his money, the least they can to is provide good value in the form of a properly prepared steak.

Oh, and incidentally, a properly prepared filet doesn't have fat to trim.

5. The modern man won’t blow 10 minutes of his life looking for the best parking spot. He finds a reasonable one and puts his car between the lines.

The modern man can do elementary arithmetic and determine whether it's quicker to just park here or look for a better parking spot.

Or, if he wants to be quick about it, he starts close, works his way out, and parks at the first spot he comes to.

6. Before the modern man heads off to bed, he makes sure his spouse’s phone and his kids’ electronic devices are charging for the night.

7. The modern man buys only regular colas, like Coke or Dr Pepper. If you walk into his house looking for a Mountain Dew, he’ll show you the door.

The modern man's guests never leave hungry or thirsty unless it's by their own choice.

8. The modern man uses the proper names for things. For example, he’ll say “helicopter,” not “chopper” like some gauche simpleton.

The modern man uses words appropriate to the context and audience. That might be "helicopter", "chopper", "Huey", "Blackhawk", or "Our ride" depending on the situation. Words are tools that serve the user. They convey more than just dictionary definitions but feelings and connotations and are chosen with that in mind.

9. Having a daughter makes the modern man more of a complete person. He learns new stuff every day.

The modern man appreciates whatever children the Gods grant to him. He does not keep trying until he has a daughter. He loves any and all children he may have, each as an individual.

10. The modern man makes sure the dishes on the rack have dried completely before putting them away.

Come on. It's the 21st century. The modern man has a dishwasher. If he doesn't (poverty does not render one less of a man) he has a dishtowel.

11. The modern man has never “pinned” a tweet, and he never will.

Okay. Can't argue that one.

12. The modern man checks the status of his Irish Spring bar before jumping in for a wash. Too small, it gets swapped out.

The modern man may well use body wash. And Irish Spring? Perfume in soap form? If you must use bar soap, then Ivory all the way. (I kid. The modern man uses whatever he wants.)

And again, really? Manhood defined as avoiding the possibility of having to hop out of the shower to grab some soap?

13. The modern man listens to Wu-Tang at least once a week.

The modern man listens to whatever the hell he wants. But if that playlist doesn't include bands like Dragonforce, Hammerfall, and Man O' War, I have to raise some questions...

14. The modern man still jots down his grocery list on a piece of scratch paper. The market is no place for his face to be buried in the phone.

Rubbish. The phone has a note taking app for a reason. The modern man is not afraid of modern technology. See that "modern" in there? That's a hint.

15. The modern man has hardwood flooring. His children can detect his mood from the stamp of his Kenneth Cole oxfords.

Once again, the modern man has whatever flooring he wants. If his children need to hear his foot stamps to determine his mood, he's doing it wrong.

If you really want people to understand what you think and how you're feeling, there's this wonderful invention called "words". Use them.

16. The modern man lies on the side of the bed closer to the door. If an intruder gets in, he will try to fight him off, so that his wife has a chance to get away.

The modern man and his spouse decide between them who sleeps on which side of the bed so that both are happy with the arrangement. The modern man understands that compromise and mutual accommodation is one of the keys to a successful relationship. The modern man has dogs, a security system, locks at least, and weapons to deal with the unlikely event of someone breaking into the dwelling intent on harm.

17. Does the modern man have a melon baller? What do you think? How else would the cantaloupe, watermelon and honeydew he serves be so uniformly shaped?

The modern man couldn't care less how neatly balled the melons are. They all taste the same. If, for some reason, he has a fetish for neatly rounded melon balls (not that there's anything wrong with that) he may have a melon baller. Or he may not. It's hardly an essential of manhood.

18. The modern man has thought seriously about buying a shoehorn.

The modern man buys shoes that fit that he doesn't have to cram his feet into.

19. The modern man buys fresh flowers more to surprise his wife than to say he is sorry.

Okay, I'll give you this one to.

20. On occasion, the modern man is the little spoon. Some nights, when he is feeling down or vulnerable, he needs an emotional and physical shield.

There is nothing that lifts a man's spirits more than being able to support and protect someone else.

21. The modern man doesn’t scold his daughter when she sneezes while eating an apple doughnut, even if the pieces fly everywhere.

This is something you worry about? Sneezing is an involuntary reaction. Hell, our Training Instructors didn't gig us for sneezing in basic military training (but it had better not sound like a fake sneeze).

22. The modern man still ambles half-naked down his driveway each morning to scoop up a crisp newspaper.

The modern man has internet allowing him to sample a variety of news and opinion sources. (But I see what you did there New York Times.)

23. The modern man has all of Michael Mann’s films on Blu-ray (or whatever the highest quality thing is at the time).

John Wayne's and Clint Eastwood's films on the other hand...

24. The modern man doesn’t get hung up on his phone’s battery percentage. If it needs to run flat, so be it.

But the modern man obsesses about his spouse's and children's phones to the point of checking that they're charging every night? (Point #6)

The modern man plans ahead. He has a phone with sufficient battery life for his needs or he has extra battery capacity--either an external battery pack or access to a charger--to insure that he has power when he needs it.

The modern man recognizes that he is ultimately responsible for his protection and that of his family. He is responsible for not putting his family under the hardship that his own death or injury can cause. The police cannot always be there. Crime and the threat of violence will, indeed, appear when the police are not at hand (criminals not wanting to be caught will generally act where the police are not. Until the police arrive, which can take some time, the modern man is on his own.

The modern man arms himself against that need.

Perhaps at times but often? The modern man has other tools in his kit for dealing with problems. The modern man puts on the gloves and hammers away at the heavy bag. He splits wood. He does woodworking projects. He runs. He works on his car. He goes to the range and puts holes in paper. He does any of a variety of things to redirect frustration and sadness and cleanse his mind and spirit.

27. People aren’t sure if the modern man is a good dancer or not. That is, until the D.J. plays his jam and he goes out there and puts on a clinic.

If the modern man likes to dance, he dances. He doesn't worry about what other people think about it. He may be good at it. He may be bad at it. But he dances. At the least, however, he knows some basic, general purpose steps so that he can teach his children so they won't feel totally helpless in social situations that involve dancing.